Here you can learn about our producers, writer, director, and performers (in alphabetical order). 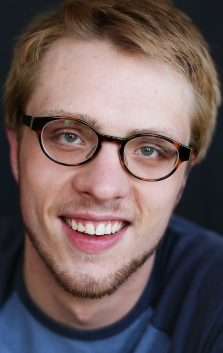 ETHAN BJELLAND (Törni, Loki, Scandinavian Dialect/Language Consultant) Ethan Bjelland is an theatre artist, translator, and language teacher based in Minneapolis. He is the head of marketing for Norway House, a nonprofit connecting the United States to modern Norway through art and culture, and business. Bjelland teaches Norwegian to adults, families, and preschoolers through programs with Concordia Language Villages and Mindekirken Norwegian Language and culture program. He also speaks and translates Swedish and Danish. As a theatre artist, Ethan has worked with numerous theatres in the Twin Cities and greater Minnesota as an actor, teaching artist, stage manager, and director including Commonweal Theatre Company, Pro Rata, St. Croix Festival, Shadow Horse, 20%, Nimbus, Burning Ember, and Classical Actors Ensemble. Jarnsaxa Rising marks Ethan’s first time voice acting–an exciting way to combine both of his worlds. 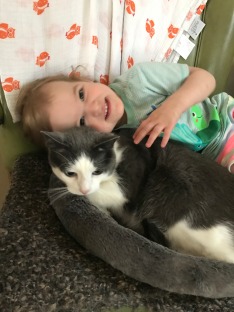 CARIN BRATLIE WETHERN (Director)- Carin is a freelance director living in Minneapolis, MN. She is the Artistic Director of Theatre Pro Rata and has directed over 60 productions in Minnesota and Wisconsin.  In addition to Theatre Pro Rata, she has directed at Park Square, The History Theater, Theatre L’ Homme Dieu, Theatre Unbound, the Grand Marais Playhouse, Theatre of the Invisible Guests, Tedious Brief Productions, St. Croix Valley Summer Theater, Avalon Charter School, Hamline University, Concordia College, St Paul, Chameleon Theater Circle, and others. She received a full scholarship as a participant director at the Wesley Balk Opera/Musical Theater Institute and a BA from Concordia College, Moorhead, MN. Her all-female production of Julius Caesarwith Theatre Unbound won an Ivey Award in 2012. 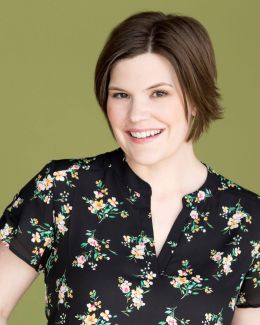 Anissa is thrilled to make her audio-drama debut with Jarnsaxa Rising. She has appeared with numerous Twin Cities theaters including Theatre Pro Rata, Theatre Unbound, Walking Shadow and Theatre in the Round. Anissa’s voicework can be heard on a nightly basis reading bedtime stories with her 4 year old son. Seating is limited.

SARAH BROUDE (The Interviewer, Verdani) Sarah is an actor and educator in the Minneapolis/ St. Paul area. She has performed all around the Twin Cities including Park Square, The Guthrie, MN Jewish Theater, Heart of the Beast, Bryant Lake Bowl, and many others. When she is not acting on stage, or on-camera, Sarah participates in Crisis Intervention Training, doing scenario based instruction with police and corrections officers throughout the country. Sarah is also an acting coach, director, and a certified Mental Health First Aid Instructor. She had such a great time recording season 1, she was thrilled to be asked back for Jarnsaxa season 2!

VINCENT FRIEL (Sound Engineer, Producer, Music) Vince is a musician and sound engineer, who has played rock and country guitar for Mondo Topless, The Grave Blankets, The Grubbs, Hank’s Cadillac, The Absinthe Drinkers, The Phaetones, and The Conshohocken Curve. He’s provided sound engineering skills for The Architects Of Desire, Fuzzy Bunny Slippers, The Peek-A-Boo-Revue, The Brick Playhouse, and Radio Free Tacony. As a songwriter, his composition “Leave Me Alone” is a garage-rock staple played on radio around the world. To hear more of his music, search for Municipal Green on Soundcloud.com.

KIT GORDON (Dramaturg) Kit Gordon is a dramaturg in the Twin Cites; she works primarily with Theatre Pro Rata, where she is an associate company member, but has also worked with a wide range of local companies on shows ranging from the Renaissance to the contemporary.

DELTA GIORDANO (Mimi, Urd) is pleased to re-join the world of JARNSAXA RISING. Originally from California, Delta is a freelance actor based in the Twin Cities. She was a company member with Theatre Unbound from 2004-14 and appeared in more than a dozen productions including several company-created works. Delta is currently on the board of Red Bird Theatre and has also performed with Illusion Theater (including two tours throughout Minnesota with MY ÁNTONIA), Theatre Pro Rata (A LIE OF THE MIND, EMILIE DU CHATELET, TAMING OF THE SHREW), Minnesota Jewish Theatre Company, Nimbus Theatre, Teatro del Pueblo & Pangea World Theater. She is also a role-player for crisis intervention training with law enforcement, mental health and medical professionals.

LINDSAY HARRIS FRIEL (Writer, Producer) Lindsay holds an MFA in Playwriting from Temple University, where she studied with Robert Hedley and Ed Sobel. Her play, Traveling Light, was produced in Philadelphia in 2014 by Liam’s Sofa Cushion Fortress, and in Minneapolis in 2010 by Theatre Pro Rata. Her play Walter’s Table was produced in April, 2014, as part of the Radical Jewish Philadelphia Symposium. It’s Kevin’s Show and Wide Open Spaces were  semi-finalists for the Eugene O’Neill Theater Center’s National Playwrights Conference, in 2012 and 2015 respectively. Hanging was produced by Shelterbelt Theatre Company in Omaha, Nebraska, and in Philadelphia by The Surface Tension Project. She has also written a screenplay (Who Is Cattle Kate?), participated in writing a sitcom (The Station), and theater reviews for phawker.com.

KATHERINE KUPIECKI (Agent Bachman) Katherine Kupiecki is very excited to be working once again on Jansaxa Rising!  A theater and film actor in Minneapolis/Saint Paul,  favorite recent credits include the Realish Housewives of Edina, the hit Hennepin Theatre Trust collaboration with The Second City of Chicago, The Mystery Cafe’s repertory company, and the feature film International Falls . She has also performed with Park Square Theatre, Penumbra Theatre, Old Log, Gremlin Theatre, and Actors Theatre of MN. Thank you for listening and supporting this podcast!

MARYLYNN MENNICKE (Jarnsaxa) MaryLynn is a sometimes-actor who lives in Minneapolis, MN. But’s she’s also is a church musician and most of the time gets her art on through choral music. Plus, she works full-time at The National Theatre for Children, working to share educational theatre with kids in schools across the country. She’s thrilled to share the wackadoo world of Jarnsaxa Rising with her real-life husband and/or god of thunder, Derek.

DEREK MEYER (Thor) Derek is mostly a stage actor in the Twin Cities of Minnesota, but he is very excited to be using his voice again on season 2 as Thor.  He spent years touring the country doing theatre for children, and now that he’s reached the grand age of thirtysomething sits at a desk and sends other young entertainers all over United States.  He lives in Minneapolis with his two cats Petey and Pumpkin, and his real life partner MaryLynn Mennicke.

RICKY MORRISEAU (Rocola) Ricky is from Delray Beach, FL where he earned his BA in Theatre Performance with a minor in Dance from one of the top Historically Black Universities Florida A&M University. Ricky recently stared as Cleante in Imaginary Invalid with Combustible’s Company. He also stared as Joe Louis in David Feldshuh’s world premiere play Dancing With Giants starring Tovah Feldshuh. When he is not on stage Ricky is working with the youth. He runs a after-school program at Pratt Community School where he provides academic and enrichment programs to the kids of the Glendale community, using the arts to aid youth in their academics and socially. He also teaches the dramatic arts, dance and social justice through SteppingStone Theatre, Stages Theatre Company and most recently Ashland Productions. Other credits include Artistry MN: Joseph and his Amazing Technicolored Dream Coat (Gad/Company) Illusion Theatre: MIRANDA (Shahid) Stages Theatre Company: Magic TreeHouse: A Night In New Orleans (Dipper/Louis Armstrong), Mixed Precipitation: Mozart’s Donald Giovanni (Tommy), History Theatre: Complicated Fun (Terry Lewis/Alexander O’Neal), Lyric Arts Main Street Stage: Shrek The Musical (Donkey), and he has also worked with CLIMB Theatre as a company actor touring the mid-west with a rep of 8 shows. 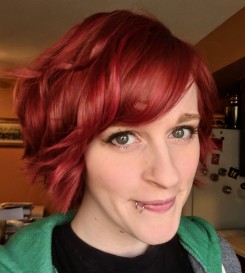 AMY PIRKL (Sif) Amy Pirkl is a Props Designer/carpenter and occasional actor. By day she is the Project Manager for Trapped Puzzle Rooms, where she designs and builds escape rooms. She has played Amy in a reading of Lindsay Harris Friel’s Fox Haven for Theatre Pro Rata, and provides lectures for university students on building productive careers in the arts.

JOEL RANEY (Josef Kiermaier, Henry Wasserman) A native of Brookings, SD, Joel Raney served in the U. S. Army as a medical specialist before graduating with an English degree from South Dakota State University. He currently works as a teaching assistant in the autism program at American Indian Magnet School in Saint Paul, MN.

In addition, he has served as dialect coach for Chameleon (Arcadia), Theatre in the Round (Dr. Jekyll and Mr. Hyde, Murder on the Nile) and has performed in the short films knuckle (Z-Fest, Best of the Fest) and The Problem with Murder (Z-Fest, Best Actor), and the feature films Ghost Light and The Cookie Project (Amazon Prime).

LESLIE VINCENT (SoloMom, Dr. Stephanie Aspinall, Skuld)– Leslie Vincent is an actor, musician, and free spirit roaming through the Twin Cities. Recent theatre credits include: The Diary of Anne Frank (Park Square Theatre); The Marvelous Wonderettes (Sidekick Theatre); Teen Idol: The Bobby Vee Story, Buddy: The Buddy Holly Story (History Theatre); June (Savage Umbrella); A Very Die Hard Christmas, The Almost Complete and Mostly Accurate History of Alcohol (Mainly Me Productions). When she’s not pretending to be other people, she sings everything from jazz to country to Kesha covers. You can find her music at www.youtube.com/user/ldv8150. Education: B.M. Catholic University. 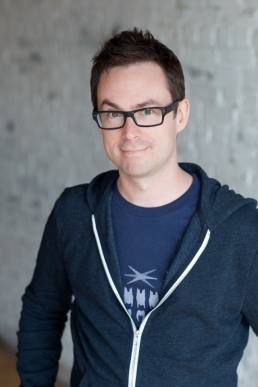 CLARENCE WETHERN (Heinrich Himmler, Heimdall) – Clarence Wethern joins the cast of Jarnsaxa Rising for its second season. He has provided voices for numerous commercials for television (General Mills, Toro) and radio (Target, Mayo Clinic). Clarence appears in the comedy web series Theater People, available on Seeka TV, and the critically lauded, independent drama Twin Cities, which will be available on Amazon Prime Video later this year. Clarence relocated from his hometown of New Orleans to Minneapolis, where he now lives with his wife and daughter. 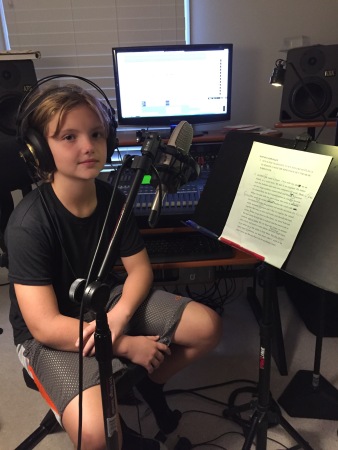 WILLIAM (Young Jasper) William is proud to be a part of Jarnsaxa Rising.  This is Will’s debut performance as a voice actor.  Will’s creative endeavors and interests include gaming, playing guitar, posting gaming themed videos on his YouTube channel (Kingplatypus), and Tae Kwan Do in which he recently earned his Black Belt . Tracking Jasper’s monologue was a family affair with the session conducted in his father’s project recording studio, with coaching from Lindsay.

JOHN T. ZEILER (Dr. Eric Aspinall) John T. Zeiler reapplied his nerdy charm and excitedly leapt back into the role of Dr. Eric Aspinall.  John has taken a break from the acting world to focus on his beautiful wife and daughter and dive headfirst into his big-kid job. Every once in a while, he comes up for air to shake the dust off of his creative soul.  Recently moved back to Minnesota from Kansas City, he is obnoxiously excited to once again hold the “weird” torch high and play with the Jarnsaxa Rising kids for a second time. Lindsay and Vincent, thank you for letting me go on this adventure with you again.  Here’s to (holds up a giant goblet of tequila and tonic) countless more journeys into the mystical and strange.  All my love. To the hungry listeners of the world, sit back, open your ears, and enjoy!!!

This site uses Akismet to reduce spam. Learn how your comment data is processed.